johnny 5 was a moron but people still respected him 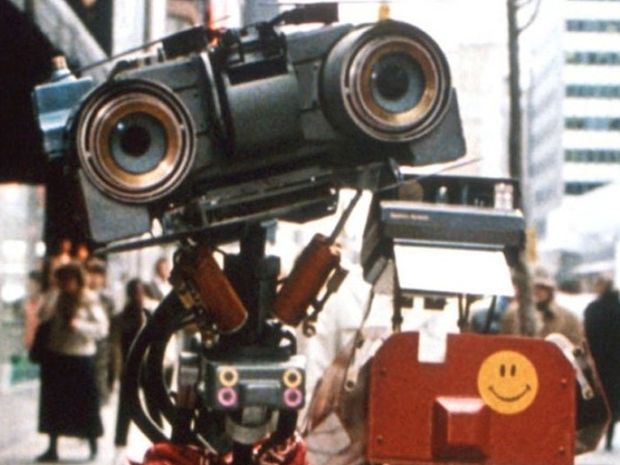 Happiness did an experiment tonight. We have a lot of fun. We call ourselves scientists, and we call our shows experiments. We say we’re not doing improv shows– we’re scientists conducting experiments, and sometimes we employ improvisation as a tool for our experimentation. It’s awesomely self-indulgent and pretentious, but the more we pretend to take Happiness seriously, the more fun we seem to have.
After five experiments in the last three months, I still don’t know how to talk about it. I don’t really know what we do. I still walk away from the show wondering what it is we just did, and wondering where it came from.
The best way I can describe our show is to say our mission statement, to which we’ve held true since the very beginning: “Happiness is a Choice is the process of discovering what Happiness is a Choice is.”

The dark underbelly of this story is that, before we went on, I wasn’t feeling very confident that we were going to have a good show. Tonight we warmed up for a long time by talking with each other and sussing out what kinds of stuff was on our minds (one way we have fun by taking ourselves seriously is that we make a strong effort to not talk about the show we’re about to do, and to allow the experiment to grow directly out of our warm-up conversation, and we open the show *in media res*, still in the same conversation we were warming up with), and frankly, I wasn’t enjoying what we were talking about while warming up.

It felt like we were talking about everything and nothing, and there was no point of focus from which we could easily perform an experiment. In the last few seconds before we went on stage, after I’d been quietly enduring a conversation I felt I couldn’t connect with, I asked the guys if we could try having one of us be silent. It was an idea we’d had before for an undetermined future show, and I felt like the time was ripe for it.

This is an audio recording of the experiment. It starts when we’re in the Hideout green room, and then when there’s a lot of indistinguishable noise, we’re walking onto the stage for the beginning of the show (click on the blue experiment title near the top of this post).

[Experiment for you, you reader: There’s a word problem we present near the end of the show. If you can make out what the word problem is without looking at the dry erase board drawing that we were showing to the audience, you’re invited to try to figure out the answer before you hear us give it away].

It’s a feeling of trust I have with these dudes (Paul Wainright, Jon Clinkenbeard, Mike Ferstenfeld) that makes me feel like I can really do whatever I want. Like I said, I still don’t know exactly what it is we’re doing, but I know that I often feel more liberated after a show than I usually do in normal life.

Every experiment has its own title. Experiment #4 was called Sadness. Tonight’s show was called Respecting Moronity. Our next experiment, probably at Coldtowne for the Monday Night Mash, will be titled, Happiness is a Choice: Experiment #6: You Express Things Through Noise.

Do we know what that means yet? No!

Jon Clinkenbeard I like having a focus, but i also like going through different things. If we’d simply focused on respecting moronity, we wouldn’t have had the whole great re-entry/silence/audience participation thing. I think maybe the difference is intent. When you’re trying to state your opinion, or you’re trying to persuade someone, you stay very focused on one topic and discuss your knowledge. If you’re just having a conversation with someone, the topics drift from place to place naturally, and you look like a dick if you stubbornly only talk about a singular issue.

Jeff Britt Jon, Jon, Jon, Jon… I never said otherwise. Like I said after in the green room, all I want is we at least touch on some particular thing that our experiment is named after. I just don’t wanna ignore it completely.